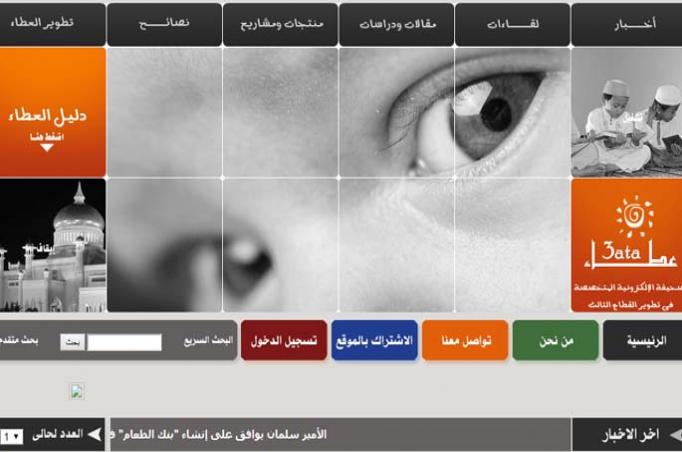 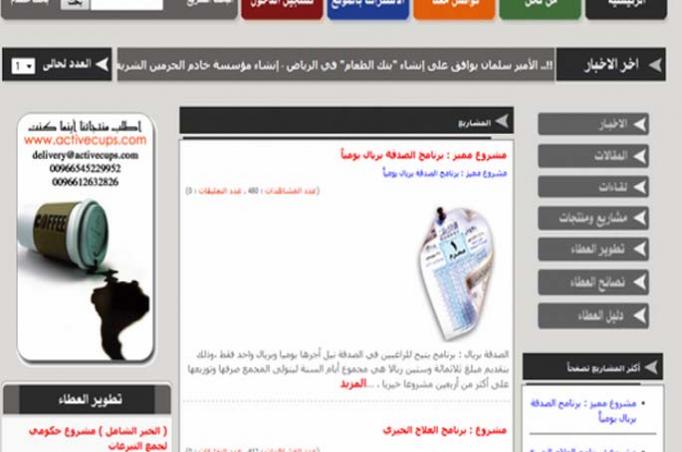 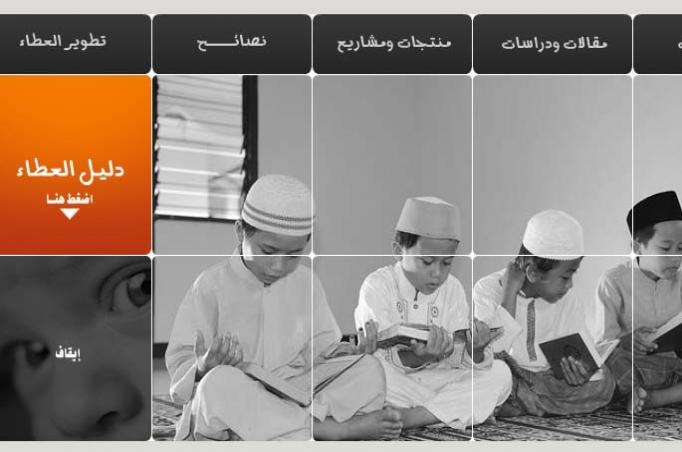 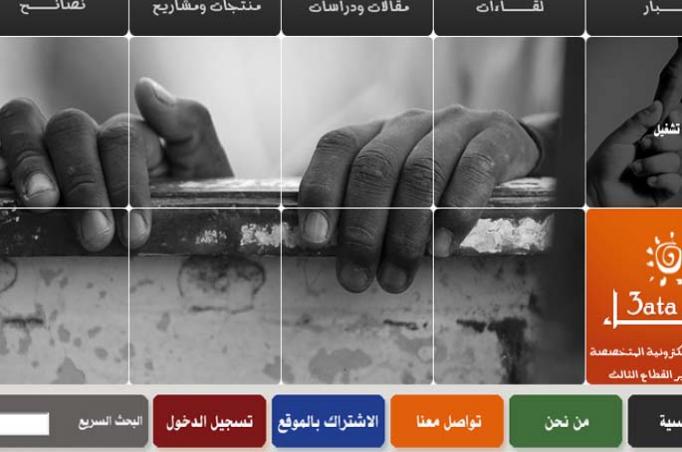 3ata .. Is a newspaper under Establishment,  concerned with the development of third sector "charitable sector", to be a tributary of developmentally president after the public and private sectors, and to be the mirror for good in the Kingdom of the good -Kingdom of Saudi Arabia- Kingdom of Humanity, led by King rights, Saudi King Abdullah bin Abdul Aziz Al Saud "King of humanity" -God protect him-, and His Highness the Crown Prince Sultan bin Abdul Aziz Al Saud, second Deputy Premier and Interior Minister Prince Nayef bin Abdul Aziz Al Saud.
Our aim is to transfer global experiences, the east and west, and the development of mental mechanisms that are managing the activities of the charity.
3ata.. Voice is good.. To good people.. From the Kingdom of Good... Kingdom of Saudi Arabia